11 replies to this topic

Hello to the APC forum!
So I've been messing around with pyrotechnics over the summer, mainly small 2" and 3" shells, and very quickly figured out I don't like taping shells by hand. Even the 3" shells take too long for me and I hate to imagine taping larger shells by hand. To feed my impatience I spent a while building a (janky) shell taping machine. It can theoretically do between 3" to 8" shells, however I only have 3" shells working right now. It definitely needs some work and I'm probably gonna end up rebuilding it, but I'd like your guy's thoughts and opinions on it and how to make it better and if there's anything glaringly obvious wrong with it. The other big question I have is how to go about doing calculations for taping layers on the bigger shells. I got away with guesstimating on the 3" shells by wasting a lot of tape but that's not gonna fly for 4" shells and up. This machine can do angle and speed changes for all motors, just like the commercial Chinese machines. Anyway, here's some videos of the machine and a 3" shell that was made using it:

Stanley tools did make "diameter tapes" once -do they still? These had a diameter indication on the back of the usual steel tape which was intended for timber fellers to determine the diameter of round(ish) tree trunks prior to felling.

I think it's neat. Looks like it's doing what it's supposed to do.

Thanks guys! Arthur, I'm assuming those diameter tapes could be used to measure how many layers are on a particular part of a shell, though I'm not sure how I could use that to find out what parameters I need in advance to evenly tape a larger shell. I'm probably going to try writing a program that will simulate a shell being taped in this manner so I can mess with taping speeds/angles etc without going through a ton of gummed tape. I'll see how it goes.

If you find a diameter tape you can measure the circumference of a shell and read off the diameter. Then you can decide what diameter you want and how many turns of the machine are needed to achieve that.

Nice machine, do you control it with computer? I think that is better if you start pasting on equator part and finish around the poles, at least that's how Chinese do it.

Sorry, been busy with college and stuff for the past while

Arthur, I think I know what you're talking about, however the problem I was having is what speed to move each of the motors at to get an even application across the entire shell. There's 3 different axes (the tape rim, shell arm, and rotating the shell itself) and trying to figure out what angles and speeds they all need to be at is confusing

Zmuro, thanks! It's controlled with an Arduino nano, it's a little easier than controlling through USB & PC and I'm more familiar with an arduino. And I'll try that taping it in the opposite order. In my early testing they turned out better the other way, however I've changed a lot since then so the next time I'm back home I'll try that and see how they turn out.
I did end up writing a program that can simulate taping an arbitrarily sized shell on a machine of this type. It outputs a heatmap of the layers over the whole shell, black being zero and blue to red meaning layers just like a weather map. It's not perfectly accurate but it's close enough as far as I can tell.
This here is a simulation of a 4" shell: 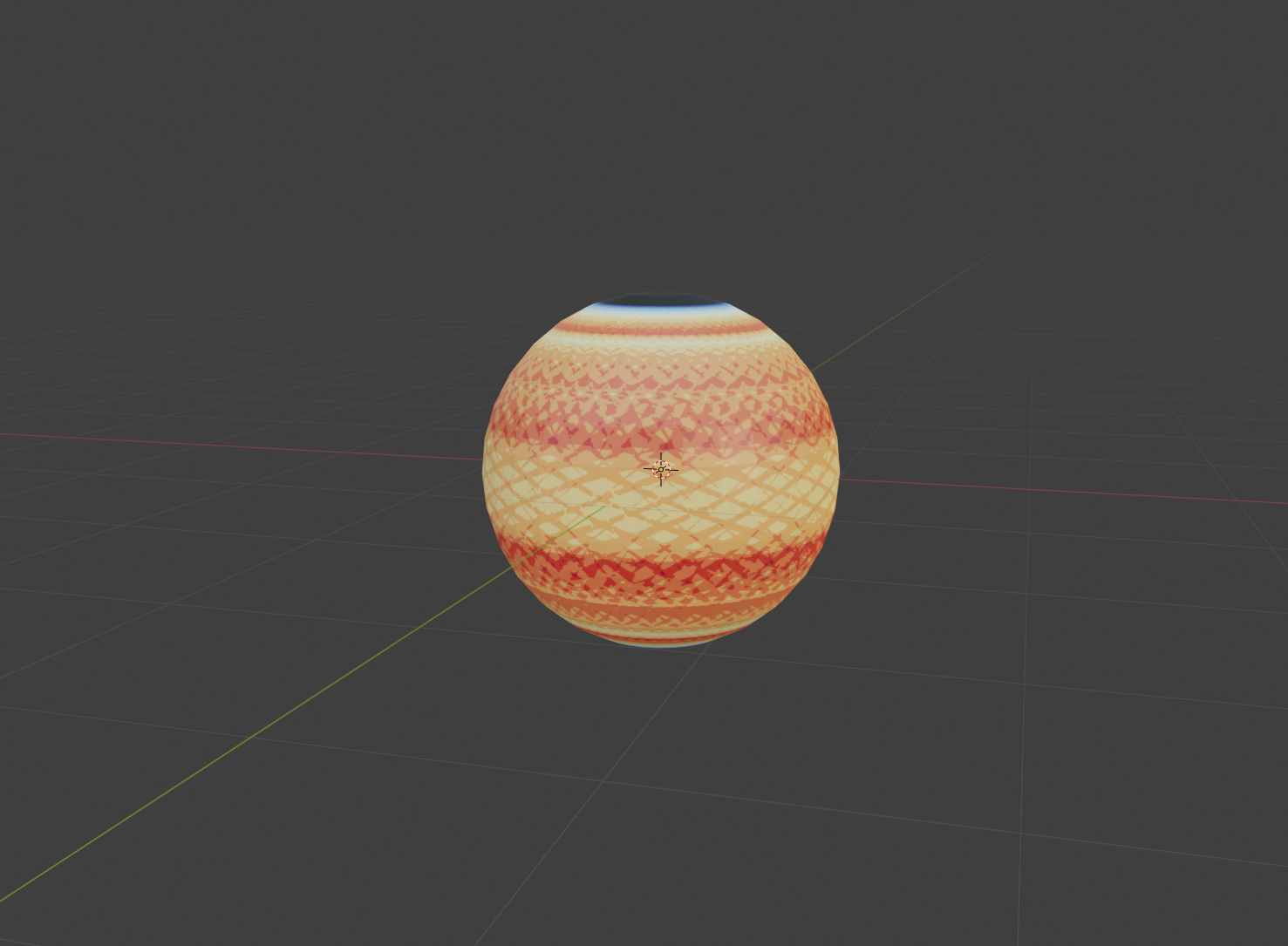 With that program I can trial and error the speeds and angles I need to run my machine at to get an optimal layer distribution across the shell. Here's a 4" inch shell I taped using the algorithm shown above:


The green stars didn't show up well on camera, but the burst wasn't too bad looking. I'd like it to be a bit more even, however I think part of my problem is my stars are very odd shapes and sizes as they're screen cut parlon stars from skylighter. I'm definitely gonna switch to either cutting or rolling and not using acetone in the future, except when I'm in a rush to get them made like I was this time. Hopefully with more even stars along with a little bit more tuned taping algorithm I should get a very nice burst.

The Chinese use a similar method for medium size shells, some shells have a thick layer of filler over the poles, most don't, they all break well. I've just sat by a WASP for a week, there was lots of chat about precisely what diameter to build a shell to, no two people agreed.

Zmuro, thanks! It's controlled with an Arduino nano, it's a little easier than controlling through USB & PC and I'm more familiar with an arduino. And I'll try that taping it in the opposite order. In my early testing they turned out better the other way, however I've changed a lot since then so the next time I'm back home I'll try that and see how they turn out.
I did end up writing a program that can simulate taping an arbitrarily sized shell on a machine of this type. It outputs a heatmap of the layers over the whole shell, black being zero and blue to red meaning layers just like a weather map. It's not perfectly accurate but it's close enough as far as I can tell.

That's a really neat program. Are you willing to share it? I'm also a software engineer

Can anyone say from experience what sizes the Chinese factories wrap by machine and what they still supply wrapped by hand.

I've just used a box of Chinese 3" shells that were wrapped in this way and most didn't have the poles filled in, they all worked fine. However what happens to a 6" to 16" shell without the poles pasted -who knows?

Zmuro, sure I'll share it! I'm redesigning a fair bit of it right now to make it work properly, and the taping simulation is very bare bones right now but at some point I'll have all of it put up on my GitHub (https://github.com/DavidTheFighter). And that's awesome! That's actually what I'm at college for right now is Software Engineering.

Arthur for the 3" and 4" shells I've done so far I put hot glue around the pole with the fuse and put short strips of gummed tape on the other exposed pole. I would assume especially the larger shells would have some pretty uneven breaks without the poles filled. Next time I'm home to do some testing I'll see what a 3" or 4" shell looks like without the poles filled. I have a feeling that they'll be mostly fine but I don't think they'd win any awards for burst symmetry. Were the 3" shells you bought broken pretty hard? I'm thinking that if they're broken hard the taping symmetry doesn't mean as much, especially for smaller shells.

In a box of 3" shells a Chinese factory puts some or no brown paste to fill the polar gaps, on a 3" shell this seems to make no difference.

Has anyone actually seen a box of Chinese "bike wheel" pasted shells in bigger sizes? What was the polar cover like?

Back to Tools and Tooling

Reply to this topic

0 user(s) are reading this topic